Why Does Obama Scorn Israel and Mr Netanyahu? 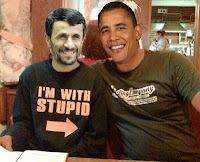 Obama Sez: You get Nothing!
This is from March but is Classic "you lose" Obama, Typical Chicago Politics
Israel is probably our closest ally in the middle east.

"Even as the United States and Israel patch up their latest rift—with Prime Minister Benjamin Netanyahu invited to meet President Obama on Tuesday—considerable confusion remains about what caused it. Various reasons have been given for why the president was so incensed by the embarrassing announcement of new settlement construction during Vice President Joe Biden's trip two weeks ago. Obama was said to be particularly upset because he thought he had Netanyahu's understanding, following a similar imbroglio last fall, that Washington wouldn't be taken by surprise by such an announcement again. Other reports suggested that Biden had warned Netanyahu that U.S. troops in the region were being endangered.
But the main reason for Obama's ire, according to a senior administration official, who asked not to be named, was that Biden had gone to Israel specifically to deliver a message to Netanyahu: the main issue is now Iran and its nuclear program, and we can't allow ourselves to be distracted by other issues or to jeopardize the emerging alliance against Tehran in support of tough sanctions—an alliance which includes most of the leading Arab states. In particular, Netanyahu—who campaigned for office himself on the primacy of the Iranian nuclear issue—can't afford to allow Israel's leading defender on this issue, the president of the United States, to look as if he's weak or lacking influence. (Haaretz's Aluf Benn first suggested Biden's secret message in an essay for NEWSWEEK last week.)"
Posted by Dave in PB at 5:48 PM