Keep Calm and Carry On

WAREHAM - A Plymouth police officer's gun has gone missing after he inadvertently left it in a courthouse bathroom.

Chief Michael Botieri says Capt. John Rogers Jr. put the gun down in the bathroom of Wareham District Court at about 3 p.m. Monday, then left without taking it. When he went back for it minutes later, it was gone.

Court officers and local police, with the help of a weapon-sniffing dog, did a sweep of the courthouse and passed everyone inside through a metal detector without success.

Pull Your Pants Up 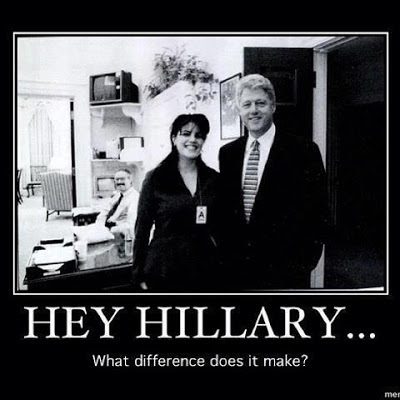 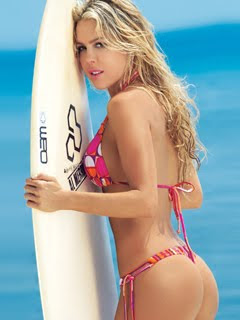 This girl looks familiar like I may have seen her in my dreams.
Not Sure.
However, I certify this is today's Friday Babe.
Posted by Dave in PB at 5:31 AM No comments: 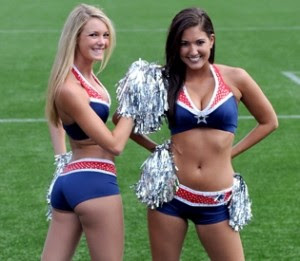 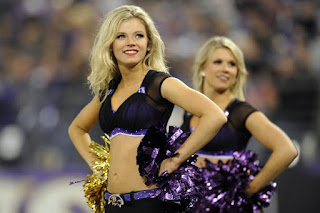 Not To Be Outdone

Gov. Deval Patrick Pulls more Mass Gun Control directly out of his backside. Not mentioned in the article though is a requirement to carry Liability Insurance on your weapon in case it jumps up and hurts someone.

— Require private gun sales to occur at the business of a licensed dealer so that the sale can be tracked electronically;

— Prevent the furnishing of a machine gun to any person under the age of 21;

— Establish tiered punishments for possessing different weapons on school property and give police the authority to arrest without a warrant in order to quickly diffuse a dangerous situation on school property;

— Increase the authorized minimum penalties for third and fourth offenses of illegal possession and carrying of firearms, shotguns, rifles and machine guns, and increases the maximum punishment for a second offense.

Patrick’s proposal also includes $900,000 for crisis intervention training for law enforcement and other first responders and $500,000 for the state’s Child Psychiatric Access Program to help with the early diagnosis and treatment of mental illness. 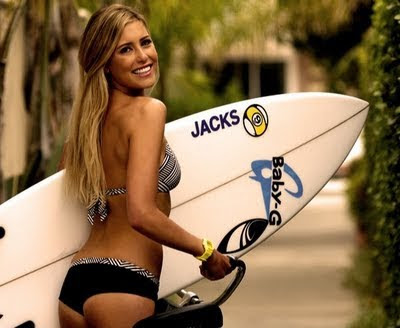 Erica Hosseini
Posted by Dave in PB at 5:50 AM No comments:

Make Your Own Damn Sammich

The low availability of traditional food sources such as apple orchards and beech and oak stands this past summer and fall also resulted in deer changing their movement patterns.

The department says one of the biggest increases was in archery, which rose 25 percent, to 3,384 deer.

Yep It's Texas
Man Confronts Burglar Inside his Home WHDH-TV -
Posted by Dave in PB at 8:21 AM No comments:

NEWPORT, N.H. (MyFoxBoston.com/AP) — The New Hampshire Association of Chiefs of Police plans to give away 31 firearms, including several semi-automatic weapons, in a raffle to raise money for a youth training academy.

The chiefs' association said it's selling 1,000 tickets for $30 each to anyone 18 or older hoping to win "some of today's most popular N.H.-made sporting firearms" during the raffle scheduled for May. Ownership wanted the sexy while Francona was trying to win a damn baseball game. This isn't New York City. Baseball isn't sexy. You play the game with the players you bring to the field.


"They come in with all these ideas about baseball, but I don't think they love baseball," he said. "I think they like baseball. It's revenue, and I know that's their right and their interest because they're owners ... and they're good owners. But they don't love the game. It's still more of a toy or a hobby for them. It's not their blood. They're going to come in and out of baseball. It's different for me. Baseball is my life."

Every Single One thats wants a Job

NEW YORK — Wal-Mart Stores Inc., the world's largest retailer and the nation's largest private employer, is making a pledge to hire every veteran who wants a job.

The plan is set to be announced as part of an address delivered in New York on Tuesday at the annual retail industry convention by Bill Simon, president and CEO of Wal-Mart's namesake U.S. business. 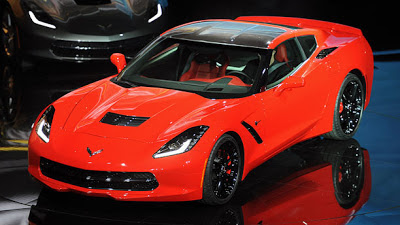 Inside a ramshackle industrial facility in northern Detroit, Chevrolet unveiled the 2014 Corvette C7, the model's first overhaul in nine years. It contains a next-generation V8 engine, a small-block LT1 that combines several advanced technologies into one package and takes drivers from 0 to 60 in less than four seconds. 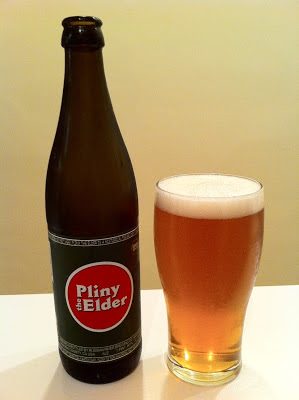 FB Friend Bob says it Tastes Great up to 1000 Yards 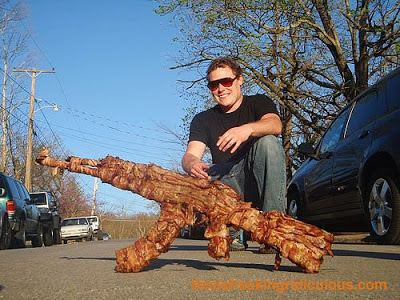 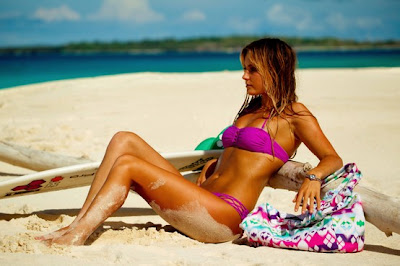 A Statement From the NRA


Fairfax, Va. – The National Rifle Association of America is made up of over 4 million moms and dads, daughters and sons, who are involved in the national conversation about how to prevent a tragedy like Newtown from ever happening again. We attended today's White House meeting to discuss how to keep our children safe and were prepared to have a meaningful conversation about school safety, mental health issues, the marketing of violence to our kids and the collapse of federal prosecutions of violent criminals.

We were disappointed with how little this meeting had to do with keeping our children safe and how much it had to do with an agenda to attack the Second Amendment. While claiming that no policy proposals would be “prejudged,” this Task Force spent most of its time on proposed restrictions on lawful firearms owners - honest, taxpaying, hardworking Americans. It is unfortunate that this Administration continues to insist on pushing failed solutions to our nation's most pressing problems. We will not allow law-abiding gun owners to be blamed for the acts of criminals and madmen. Instead, we will now take our commitment and meaningful contributions to members of congress of both parties who are interested in having an honest conversation about what works - and what does not.

And Everything You Need to Know about Gun Control
From Wikipedia
Suzanna Gratia Hupp, DC, (born September 28, 1959)[1] is a former Republican member of the Texas House of Representatives, who represented traditionally Democratic[citation needed] District 54 (Bell, Burnet, and Lampasas counties) for ten years from 1997-2007. After surviving the Luby's massacre in 1991, Hupp became a leading advocate of an individual's right to carry a concealed weapon. She was elected to her first term in 1996, but did not seek a sixth two-year term in 2006. She has also written a book called From Luby's to the Legislature: One Woman's Fight Against Gun Control, published by Privateer Publications, San Antonio, Texas
Posted by Dave in PB at 1:11 PM No comments:

The Feral Irishman has gone missing.

GET OFF MY LAWN

Swamp Donkey Gets Testy WHDH-TV -
Posted by Dave in PB at 5:16 AM No comments: 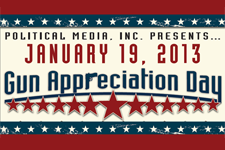 A coalition of gun rights and conservative groups has proclaimed January 19, 2013, “Gun Appreciation Day” and begun urging Americans nationwide to show their support for gun ownership by turning out en masse at gun stores, ranges, and shows from coast to coast. Scheduled to send a message to Washington two days before Obama’s second inauguration, the “Gun Appreciation Day” is expected to rival “Chick-fil-A Day” as a public statement of protest against government policies.
Posted by Dave in PB at 4:17 AM No comments:

Inducted elected to Baseball Hall of Fame for 2013
For the first time in 17 years and only the second time since 1971, eligible voters from the Baseball Writers Association of America elected no one to the Hall of Fame.
Posted by Dave in PB at 2:27 PM No comments: 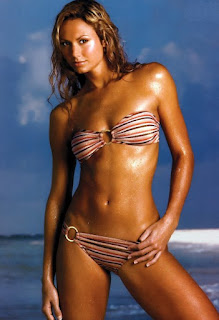 Stacy Keibler
Posted by Dave in PB at 5:49 AM No comments:


Senator Dianne Feinstein
I will not register my weapons should this bill be passed, as I do not believe it is the government's right to know what I own. Nor do I think it prudent to tell you what I own so that it may be taken from me by a group of people who enjoy armed protection yet decry me having the same a crime. You ma'am have overstepped a line that is not your domain. I am a Marine Corps Veteran of 8 years, and I will not have some woman who proclaims the evil of an inanimate object, yet carries one, tell me I may not have one.
I am not your subject. I am the man who keeps you free. I am not your servant. I am the person whom you serve. I am not your peasant. I am the flesh and blood of America.
I am the man who fought for my country. I am the man who learned. I am an American. You will not tell me that I must register my semi-automatic AR-15 because of the actions of some evil man.
I will not be disarmed to suit the fear that has been established by the media and your misinformation campaign against the American public.
We, the people, deserve better than you.

I've a Bridge in Brooklyn to sell you

Actually ... It's the Kennedy Space Center
Posted by Dave in PB at 12:50 PM No comments: