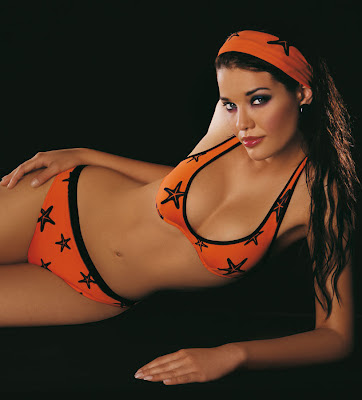 Herika Noronha
Posted by Dave in PB at 7:00 AM No comments:

“Won’t Back Down” tells the story of a teacher (Viola Davis) and a single mother (Maggie Gyllenhaal) who battle to oust the union in a poor, failing Pittsburgh school. Produced by Walden Media, it’s an emotional roller coaster aimed at mainstream audiences unlike “Waiting for Superman,” Walden’s previous anti-union and much-heralded documentary


One industry source yesterday confirmed reports that the Screen Actors union president was asked by union officials to warn the movie’s stars about union bashing. On the “Today” show Monday, after protests at the premiere, Gyllenhaal went out of her way to say she’s not a union basher.

Meanwhile the American Federation of Teachers’ president, Randi Weingarten, has denounced the movie for “using the most blatant stereotypes.” She has a point: Gyllenhaal’s fictional child’s teacher is a heartless monster. But when Weingarten falls back on blatant stereotypes herself, blaming growing anti-union sentiment on right wing cabals, she loses credibility. Numerous Democrats, despite all that teachers union funding, are now also pushing back, including Los Angeles Mayor Antonio Villaraigosa, who just chaired the Democratic National Convention, and Obama’s education secretary, Arnie Duncan.

But this isn’t just about Hollywood. Right here in Boston, City Councilor John Connolly says he’s “hugely frustrated with the pace of change,” irate Boston’s new teachers’ contract was settled “without adding a single minute to our short school day.” Connolly said his own child’s school, the Trotter, was “at the bottom of the barrel four years ago.” But now it’s a so-called “turnaround school” with longer days, where principals can actually hire teachers they want. The difference, said Connolly, is miraculous. Now, that sounds like the makings of a feel-good movie. 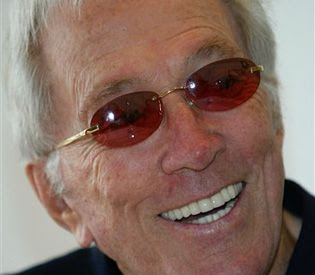 Sometimes you only get one chance to do the right thing. WHDH-TV -
Posted by Dave in PB at 1:49 PM No comments:

Take on The Browns at Ravens Thursday Night 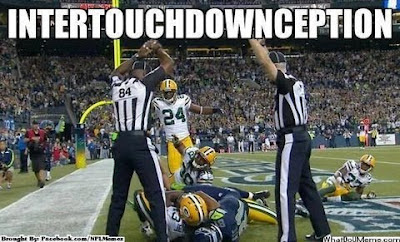 I Love Watching the Refs play Ball
Posted by Dave in PB at 10:10 AM 1 comment: If you heard this one before.
Flight attendant's gun goes off at Philadelphia Int'l Airport
Flight Attendant attempts to bring a hand gun through Security ... CHECK!
TSA find the weapon and freak out ... CHECK!
Philli's Finest sends a round through a secured area attempting to unload the weapon ... CHECK!
Posted by Dave in PB at 7:37 AM 1 comment:

Lay the Proud Usurpers Low
Tyrants fall in Every Foe
Liberty in Every Blow
Let Us Do or Die
~ Robert Burns
Posted by Dave in PB at 7:39 AM No comments: 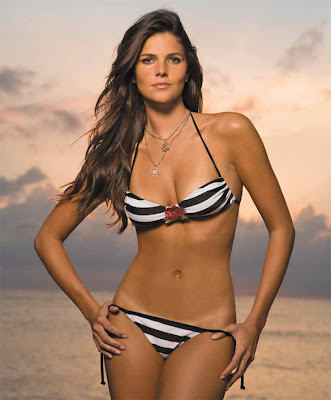 Daniella Sarahyba
Posted by Dave in PB at 7:36 AM No comments:

On Behalf of the Famous Blogging Squirrels, I Thank you and Accept your High Praise.
Posted by Dave in PB at 10:32 AM No comments:

L’shana Tova – Happy New Year. May God Write And Seal You In The Book Of Life For A Good Year
Posted by Dave in PB at 9:30 AM 2 comments:

I'm Just an Old Chunk of Coal from cgmtv on Vimeo.

Things that make you go Hmmm ... 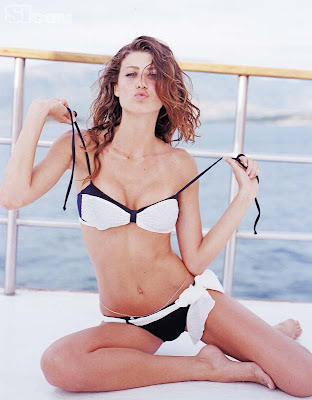 Michelle Alves
Thumbs not hitched in bikini bottoms
Posted by Dave in PB at 7:33 AM No comments:

Democratic officials apologized Wednesday for mistakenly displaying an image of the Russian Navy during a tribute to America’s veterans at last week’s Democratic National Convention.

They called it a vendor error.

A DNCC spokeswoman said the image of what's believed to be the Russian Black Sea Fleet appeared on screen due to an unspecified “vendor error,” but was unable to say how it had occurred or whether the photo had been digitally altered. Naval experts who reviewed the image believe that the photo is a composite of Russian ships and F-5 trainer jets — which are not used by the Russian Navy — streaking overhead in a maneuver.

to secure the embassy
Posted by Dave in PB at 1:35 PM No comments:

The BoSOX are at the Bottom of the AL East

Dead Dog Last
In Other News:

Maine police arrest angry Yankees fan
PORTLAND, Maine (AP) — Portland police arrested a man wearing a New York Yankees hat over the weekend after he threw a brick through the police station's glass front door.
Police say 38-year-old Jeffrey Nason entered the Middle Street station at about 8:30 p.m. Saturday to complain that someone in the street had yelled at him for wearing a Yankees cap.
He left the station and threw a brick through the lobby door. He was caught a short distance away and charged with aggravated criminal mischief.
No one was hurt, but damage to the door was estimated at $1,000.
Nason was held at the Cumberland County Jail. Police did not say where he was from.
Posted by Dave in PB at 8:39 AM No comments:

Garlic to be Celebrated at Maine Garlic Festival


Obama:Picking Cherries from my Backside is Hard

I'm not making this crap up.


In Other News: I met The Kilted One last evening at a book signing event with Larry Correia. Sure enough he pulled up in the Earth F***er, Kilted and all with a very fancy purse on a chain around his middle. He wasn't armed at the time though who can tell what he might have had up in that dress he was wearing.
It was nice to meet you Jay.

He's wearing that dress for a reason. If you're so inclined please donate to Kilted to Kick Cancer
Posted by Dave in PB at 8:19 AM No comments: 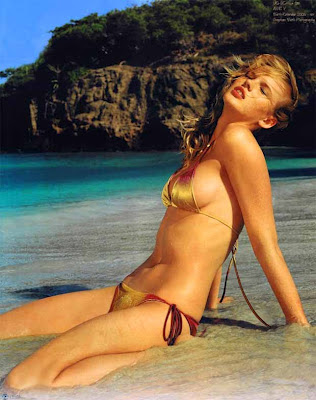 You're Welcome
Posted by Dave in PB at 6:00 AM No comments:

Obama by the Numbers

All Aboard the Crazy Train 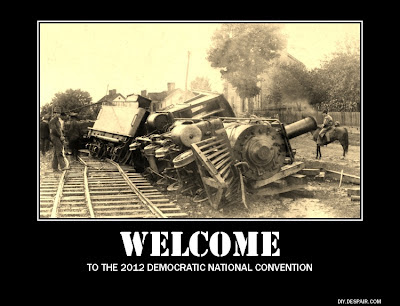 Pass the Popcorn
Posted by Dave in PB at 3:08 PM No comments:

Share a Labor Day Message Remember This ... The Chief Export of Chuck Norris is PAIN.
Posted by Dave in PB at 7:41 AM No comments: 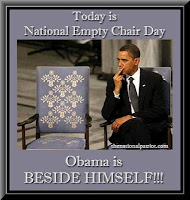 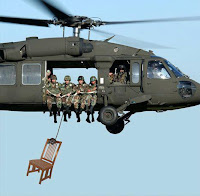 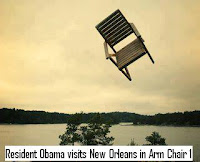 
No ... Not Really. The KOS Kids are pissing all over like excited little puppies though. No link for them.

It started with a tweet from Republican National Convention in Florida. Then came word from Brown’s camp that the Wrentham Republican would be making an appearance Friday morning at Ward’s favorite gym, Forever Fitness in Chelmsford.
Reached on his cell, Ward said he admired Brown’s spirit and respected the way he could “go out there and listen and talk like a guy who is positive and wants to do right by us.”

Apparently Micky was reminded ah ... He's a Teamster and He's not allowed to think on his own. Yeah and Scott Brown really hates teh Ghey.

But the paper said Ward called back about a half-hour later to reverse his decision.
“I can’t support Scott Brown,” the newspaper quoted him as saying. “I just can’t do it.”

The former boxer added: “I found out Scott (Brown) is anti-union and I’m a Teamster guy. I found out he’s also against gay marriage, and I say if you love someone, you should have the same rights no matter who you are.”


Ward and Brown have attended events together in the past. They may even be friends. I don't know. A local celeb takes a minute to answer a cell phone call and says something nice about the candidate does not an endorsement make.

In other news Fauxahantus says Scott Brown hates teh wimmins too.
Posted by Dave in PB at 7:42 AM No comments: 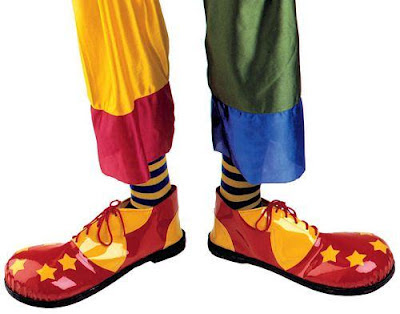 No ... Not Really. He didn't earn that. Apologies to real clowns everywhere. Just a bit of jocularity. Not as funny as this one over at The Duffel Blog though
Posted by Dave in PB at 12:02 PM No comments: