What We Believe, Part 1: Small Government and Free Enterprise.


Twitchy - Shock headline makes shock poll even more shocking: Nazis are (apparently) everywhere
** I think, based on reading this IN-DEPTH analysis, that there are probably as many people who think Elvis is alive or that aliens built the pyramids.

Jihad Watch - ProPublica,which got Jihad Watch dropped from PayPal, never tried to verify SPLC’s claimsof “hate”
** In Communist countries a mere accusation was enough to get you sent to the east to "count trees".  Our domestic enemy has learned well.

Neocon - Internet free speech threatened
** Quote: "This should make your blood run cold."
>> Yes, it does.

Pacific Pundit - CNN Keith Boykin calls Alveda King ‘token right-wing black woman’
** Hey, how'd she get away - get back on the plantation, girl!

Daily Signal - The New York Times Continues Its Tradition of Whitewashing Communism
** There's a reason I call them the New York Times-Traitor.  Related:
Truth Revolt - Malkin: The Red York Times: First in Fake News
** Yes, the “fishwrap of record”.  If they had an ounce of decency they’d set the Ukraine genocide story straight, and return the Pulitzer Prize.  IF.

The Federalist - Democratic Former Senator Finally Says What Left Is Thinking: All Republicans Are Nazis
** The "Othering" is afoot.  You cannot herd people into camps until you've come to believe that you are doing a good thing by ridding the world of the evil [fill in the blank].  Related:
Truth Revolt - College Republican Threatened After Asking Muslim Student Association to Condemn Barcelona Terrorism
** First off, they ask Republicans to condemn the KKK, but asking Muslims to condemn terrorism is too much like intellectual and moral consistency.  But notice something else, this snippet quote by someone threatening the authors of the request: “... u inhuman rats”.  Saul Alinsky said that the enemy must be painted as evil.  Then you can rationalize anything you do to them.  Clearly that “Othering” is working…

MSN - Democrats long for Obama's return
** Quote: "Brent Budowsky, a former Democratic aide and columnist for The Hill, said ... 'America faces an enormous political crisis and it is unconscionable how little Obama and other former top officials have done to help Democrats since Trump began his ugly abuses of power.'"
>> Doubtless said with a straight face.  Incredible.

I Support Israel - Watch: Tourist is shocked when he finds out how Muslim migrants treat Sweden
** I'm shocked anyone is shocked.  But then, this is a perfect example of Rules 1 and 2:
1. It doesn't matter what's true, it's what you can get people to believe.
2. By controlling the information flow, you control what people believe.
The enemedia in both America and Europe are all-in with the Islamic takeover; the SM giants are too.  They are working overtime to keep the truth about the Islamic invasion from the public.

Jihad Watch - Muslim boy from U.S. in Islamic State video calls Trump “puppet of the Jews,” vows jihad massacres in U.S.
** A ten-year old boy, and his seven-year-old “comrade” are being taught combat skills.  Meanwhile, generation snowflake can’t handle it when their smartphone won’t connect to the internet or their latte isn’t made with organic soy milk.  We’re screwed.

Spero News - Star Parker: Confederacy dedicated to idea that blacks were not human beings
** I actually agree with the concept that Confederate monuments could be disturbing.  I can see and grasp that point of view, and think that a public debate is called-for; what’s not called-for is mob action.  And in general I’ve liked Star Parker and what she has to say.  Where I depart from her in this article is this statement, quote: “Please give the American people credit for being able to understand the difference between Washington and Jefferson, and leaders of the confederacy such as Robert E. Lee and Stonewall Jackson.”
>> The problem, as I see it, is that they don’t see the difference.  Today’s youth is, increasingly, hostile to the entirety of what America is, because they’ve been raised to see America, specifically, and Western Civilization, in general, as the greatest of evils.  Three examples:
The Federalist - Vandals Are Destroying Monuments Because They’ve Been Taught To Hate America
and
The Hill - Dershowitz: Antifa 'trying to tear down America'
and
Truth Revolt - After Charlottesville, UK Leftists Want to Tear Down Admiral Nelson’s Column
** Quote:
As the Left’s campaign to destroy Confederate monuments gathers pace in the US, the leftists in Britain too want to “tear down monuments to the supporters of slavery” in the country. The left-wing activists are taking aim at Nelson’s Column, built in the memory of the famous nineteenth-century naval commander Admiral Horatio Nelson, located at Trafalgar Square in central London.

Writing for the U.K.’s liberal newspaper The Guardian, Afua Hirsch, who is spearheading this campaign, called the famous son of Britain and arguably the history’s finest naval hero a “white supremacist” and an enabler of the “transatlantic slave trade.”

British politician Nigel Farage slammed The Guardian for propagating this leftist lunacy. “Shocking that The Guardian are encouraging this. The left really do hate Britain,” Farage said. 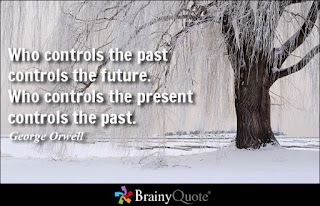 “The most effective way to destroy people is to deny and obliterate their own understanding of their history.”    ― George Orwell

Truth Revolt - NBC News Still Stunned, Still Analyzing How Hillary Lost
** I’ve been debating (but am giving up the fight) with a Leftard who said, essentially, that all Republicans are “racist bigots”.  Don’t these people grasp this is why Trump won?  Because people like me, who don’t have a bigoted bone in their body, are tired of being so smeared simply because we don’t agree with them. 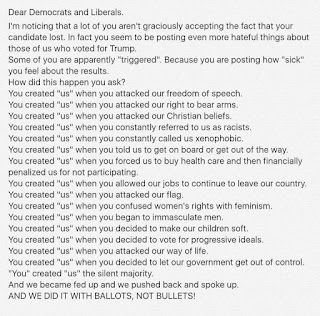