A Complete Rundown Of Patriots’ Cheating Accusations From ESPN 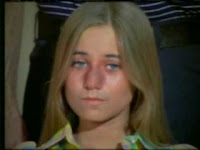 BOSTON (CBS) — For some reason or another, ESPN decided to run a nearly 11,000-word story on Tuesday about Spygate.

The timing is certainly questionable, and given that ESPN was recently forced to apologize to the Patriots for sharing a false report numerous times in recent months, and given that a false report by ESPN’s Chris Mortensen regarding the PSI of footballs in January launched “DeflateGate” into a full-blown national scandal, it’s safe to question whether perhaps the growingly icy relationship between the network and the team prompted this new investigation.

Now, the modern 24/7 news cycle being what it is, many folks ran with the new ESPN story as if it was a bombshell, one full of incredible new facts and details about the NFL scandal from eight years ago

Here's a Clue ... Whining isn't anything at all like Winning.

DOUCHEKNOCKAHS!
Posted by Dave in PB at 7:09 AM