House Passes Vote to Delay Obamacare For One Year 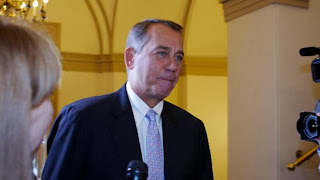 The House approved a spending bill early Sunday morning that would fund the government through Dec. 15, but tacked on amendments that would delay the federal health care law known as Obamacare for one year and repeal the medical device tax, a move that sets up a showdown with Senate Democrats and increases the probability of a government shutdown Tuesday.

The Obamacare delay amendment passed 231-192, and the vote on the medical device tax, which would help cover the costs of Obamacare, was 248-174. The House also unanimously passed a bill to fund the military in the event of a shutdown.

Congress must agree to a federal spending bill by Tuesday, or the federal government will partially close down until members can find a compromise solution.