Would the President as a "Whistleblower" not be afforded the same protections as outlined in the Whistleblower Protection Act?

Asking for a friend. 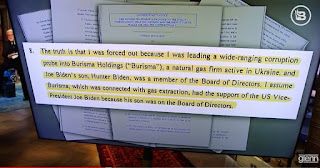 In an affidavit, submitted in September in an unconnected extradition case involving oligarch Dmytro Firtash, the former prosecutor (Victor Shokin) said he had been dismissed because he refused to heed the advice of then-President Petro Poroshenko to drop an investigation.

“I was forced out because … I was leading a wide-ranging corruption probe into Burisma Holdings, where Hunter Biden was a member of the board,” the statement reads.