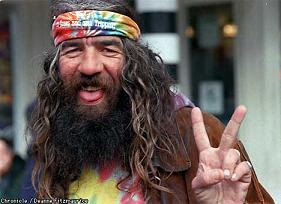 I swear to you now. You will not sell a GOD DAmned Dime cup of coffee in New England. I'll personaly carve your name into 3 cobble stones and place them in the corners of our dear city so the drunks and whinoes can piss on you. This ain't New York pal and we don't forgive. Your Douchebag Name ... It's going in the Book of Bastards at Charlies in East Boston along with Kissass and Garage, damn hippies.
Posted by Dave in PB at 7:09 AM