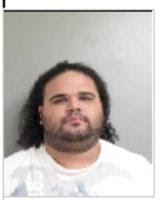 A Lawrence man driving what may be a stolen moped led police around the area of Cluff Crossing Road and Route 28 at midday Monday before police shot him with a Taser and took him into custody.

Rafael Tejada, 26, faces seven charges as a result of the incident, which started innocently enough.

“His only thought was he needs to wear some eye protection,” Patten said of the officer, “His original purpose was just to tell him that.”

But Tejada wasn’t inclined to stop and get that message, so what might have been a brief encounter turned into a series of darts and follows, and led to Tejada’s arrest.

When Tejada spotted the officer, he sped up, crossed a solid double yellow line into oncoming traffic and entered the Shaw’s plaza through the exit lane.

The cruiser followed, not tough to do at a top speed of about 25 mph to 30 mph, according to Patten. The officer ordered Tejada to stop.

Still apparently not interested in a conversation with police, Tejada kept going. He next jumped a curb and left the parking lot along an old railroad bed, heading out toward Interstate 93 — on the wrong side of the road.

The cruiser couldn’t follow, but another officer spotted Tejada puttering along on the moped, now heading south on Route 28. He headed back to Cluff Crossing Road with two cruisers in what can only be described as slow pursuit, according to Patten.

The small caravan then turned into the parking lot at Brook Village west Apartments. Tejada left the pavement and the officers thought he might finally be stopping.

Instead, Tejada darted in front of the lead cruiser, causing the officer to slam on his brakes to avoid striking him. The cruiser didn’t hit Tejada, but the second cruiser in line slammed into the back of the first one.

Finally, Tejada drove the moped into some brush and crashed. Even then, Patten said, he remained uncooperative and resisted being taken into custody. He was shot with a Taser and taken into custody with no further problems. Police later discovered “a good sized bag of marijuana” in Tejada’s pocket, Patten said.

Tejada was charged with disobeying a police officer, resisting arrest, possession of marijuana, reckless operation, misuse of plates for not having any license plates, driving after suspension and violating motorcycle rules by not wearing eye and ear protection.

He was later released on $2,000 personal recognizance, pending his arraignment in 10th Circuit Court in Salem.

Damage to one of the cruisers was minor, Patten said, but a little more substantial to the second. Any time a cruiser is involved in an accident, the vehicle is removed from the fleet until police are sure it’s safe to operate, he said. Both cruisers should be back in service soon, he said.

The incident is still under investigation, Patten said, and there is a possibility the moped was stolen from Epping.
Posted by Dave in PB at 5:03 AM