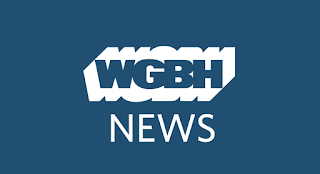 Callie Crossley: 'Justice Will Not Be Served Until Those Who Are Unaffected Are As Outraged As Those Who Are'

Demonstrators in Boston have joined those across the nation in recent days in protesting police killings of black Americans. The protests were sparked by the death of George Floyd — a black man who was killed when a white police officer pinned him under his knee in Minneapolis Monday. WGBH Morning Edition Host Joe Mathieu spoke with WGBH's Callie Crossley about the protests. The transcript below has been edited for clarity.

Callie Crossley: And so am I. I said last week after looking at that horrific video of George Floyd that I was scared and sad, and I remain that way this morning because there are real issues. And the people who were in the streets — not only across the country, but here in Boston — before the attention was turned to this looting and the violence, were very sincere in trying to make people hear them. They're quite angry, and we see that because there's been a history, a long history. In fact, the rioting and the looting has a history based in those urban riots of the 1960s that took place in Harlem, in Newark, in Detroit [and] in Watts. And if people know their history, each one of those was precipitated by an interaction between the community and the police. That's just what the history is. But the entire spate of those urban riots started after the peaceful demonstrations of the civil rights organizers. So there is a history there, too.

You know, Joe, I woke up in the middle of the night last night after having seen everybody gathering, so, the huge crowds in Boston — I don't think I've ever seen a crowd so big. I would have called it majestic. And then at midnight, when I happened to wake up, I saw these dispersed little groups attacking stores and breaking glass. You know the term mob effect? I watched other people watch the people who did that and then become part of it because it was just sort of a peer pressure thing, if you will.


Sniff ... The Poor Dears were driven to Looting and Violence by their Peers. I think I may need grief counseling after this.


Mathieu: There have been a lot of references to 1968, right down to the fact that we saw a rocket ship bring two Americans into space over the weekend, Callie. The parallels are remarkable.

Crossley: They really are. I know a lot of people are just ahistorical because it seems so far away, but 50 years or so is really not that far away in any kind of history. I would also remind people that after the long spate of the urban riots in the cities that I mentioned, President Kennedy set up a national advisory commission — please look into this, what's going on? And the answer was: white racism. And there was talk about let's go deal with the root causes, let's figure out some policies that might address it, and it just faded away, as often some of these things do.

So what you see now — and mostly young people, I would say, of all races in the streets — are people who have seen a repeat. I've seen this over and over again. George Floyd, as horrific as it is, has been seen before in many cities. And by the way, just be grateful that we had video — I am — so you could actually see it for the horror that it is. But this is happening all over the country and people don't see it. So that's what drove people out of their houses, into the streets to protest peacefully about something that is so painful that they felt they wanted to express it in a communal way.

Mathieu: Do you worry that message being compromised by violence?

Crossley: Yes, I worry about that, because this morning I get up and all of the stories are focused on the violence. The sentence begins 'It began peacefully, yes, there were large crowds, people seem to be expressing their anger. But now look at all the looting.' And listen, that is real. That's news. That's real. You've got to cover that. But it hurts me to see that the message that the people who left their homes and went from Nubian Square in Boston to walk to the State House to make a statement with their very presence is being overlooked now by some, as President Obama might say, knuckleheads.