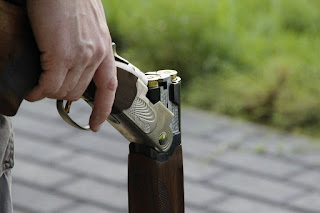 A news release from Burlington police says the suspect identified as 29-year-old William Lawrence Cowan tried to enter the house through a back door on Sunday morning, with an ax that belonged to the homeowner.

First off, that’s an extra level of stupid, or perhaps drug-addledness. He apparently saw an axe there and decided “Hey, I wonder if I could use that to break into this home that isn’t mine?” As it turns out, he could not. The homeowner came to the door to see what was going on, and when he realized a guy with an axe was trying to bash his way inside, he quickly retrieved his shotgun.

Guess What Happens Next


Police say the homeowner pointed the shotgun at Cowan, causing him to leave the ax behind and run away from the house. Cowan was arrested two blocks away without incident.

LINK Bearing Arms
Posted by Dave in PB at 12:28 PM